My Unforgettable Southern Experience I Cautiously had to Put Up With

This was #5 on my post about 14 Unusual Things on my other personal blog. I transferred it here because it was too long to include in a short (you gotta be kidding!) list.

by Fort Campbell MWR
Published on Youtube on Aug 8, 2016

Note that I was stationed here in the early 60s. We trained at Ft. Benning Georga and jumped out of airplanes. Things are much different now. I liked Ft. Campbell. It was just my particular situation with my sergeant that spoiled most of my time there, which was almost 3 years.
For more information on Fort Campbell you can visit www.campbell.army.mil and www.campbell.armymwr.com. 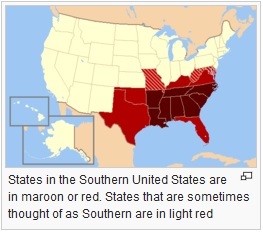 It’s another one of Yolky’s adventures. It started out as a simple enlistment in the US Army. Unfortunately I ended up stationed in the south (southern part of the United States) at Fort Campbell, Kentucky.

Sounds rather ordinary right? Not if you were a minority, even if you weren’t a minority but came from California you could have problems back then.

Fortunately things are not as bad now as they used to be when I was in the service in the early 60s.

Note: This was one of my experiences. Not all experiences in the south were bad. However, back in those days, 1961-64, if you were a minority you had to be careful what you did or said. It was definitely not an ‘Equal Opportunity’ era. 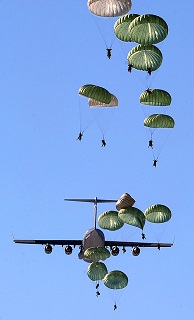 I jumped out of airplanes!

I had volunteered for 3 years in the Army. So I spent about 3 months in Basic training. After that I didn’t have 3 years left to serve. Re-enlisting for at least a year just to go to Germany was out of the question.

It turned out after my Basic Training the Army had changed their policy. In order to be eligible to go overseas it now required people going overseas (except Korea) to spend a minimum of 3 years in the service.

I Volunteered for the Shortest and Hardest Duty the Army Offered

I didn’t want to spend any more time in the military than I had to. So I opted for the hardest thing the Army had without spending extra time for auxiliary training.

I volunteered for the Paratroopers.

Bad Luck because I was stationed in the South near the Kentucky Tennessee border at Ft. Campbell Kentucky! It was a great base, but unfortunately it was in the south or southern states.

Me being from the North and also California, that didn’t sit well with me.

Unfortunately my Sergeant disliked me and my best friend and busted both of us for essentially nothing, a made-up reason. But I made the best of a bad situation. I vowed to get back at him.

After all, what’s a 21 year old college student to do? I said college student because even though I had completed two years in Junior college. Although I was in the Army, I was also taking a University of Wisconsin correspondence class.

Getting Punished for something over 100 others did without Punishment

It’s a bad deal when a 28 year old high school dropout punishes someone for a non-event that also applied to well over 100 others. That non-event was being in formation for a company roll-call. It was on a Saturday or Sunday, our day off. They had a 12 hour alert call and we got there about 10 minutes before the roll-call.

My friend and I were a few minutes late. They wouldn’t let us in formation. We stood behind it in the background while roll-call was taken about ten minutes after we arrived. Of the three hundred or so soldiers in the company, less than half were present.

No one else got busted or punished but us. Pure discrimination and unfairness! It was time for action on my part. After ignoring my sergeant’s orders to remove the wheels from my car, I took action. Note that one could be put in jail for disobeying a superior’s order.

I quickly disappeared as soon as we got off duty each day. In addition I also applied for a transfer to Signal platoon directly above us in the barracks. Fortunately I had friends there who put in a good word for me. 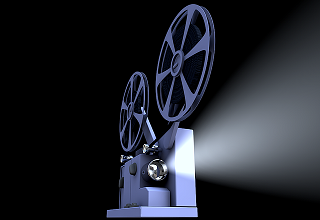 I showed movies using a movie projector like this to troops in my battalion.

This was maybe my first step getting back at my sergeant. Getting a projectionist license enabled me to show movies to the fighting troops.

Being in Headquarters company, I was the only one in our entire battalion with a projectionist license who could show movies.

So I was absent for a lot of details my sergeant wanted to put me on. 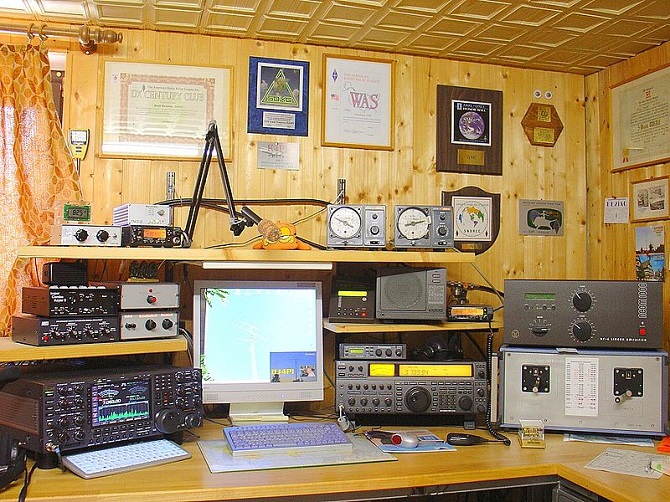 I also had an Amateur Radio Station similar to this back home.

In addition, I also had an Amateur Radio license so I arranged to run phone patches for soldiers overseas, another reason to miss getting put on details like KP(Kitchen Patrol), CQ (answering phones), guard duty, and other menial tasks no one wants to do. 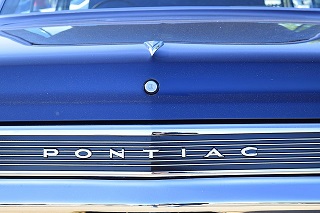 My sergeant was very proud of his new 1962 Pontiac. Most young people (especially minorities) had no cars back in those days. However I, a young Private, bought my first car as soon as I turned 21.

It was a new 1963 Pontiac with a hot engine and a stick shift transmission. My Sergeant was really pissed off then. How could a measly private out-due him with a newer car. Too bad! He couldn’t catch me.

There was only one of my many friends in my platoon and the signal platoon who had a car other than me. I left the Army Post virtually every night with some of those buddies. We went to Nashville Tennessee or Evansville Indiana and other places much further from the base.

My boss stayed upset, to put it mildly, because we almost always would sneak away before he could grab me for some menial detail to punish me.

Luck was with Me and I got Transferred to Signal Platoon

Finally to top it off, I finally managed to get transferred from the Assault Platoon. There I had been a gunner and later a driver for one of the big guns we had that were dropped from airplanes. 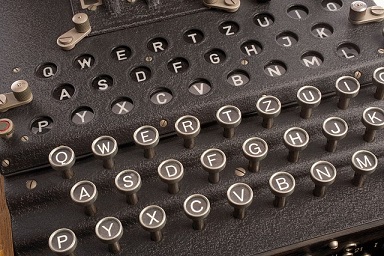 Once in Signal Platoon where I was transferred to, which was upstairs in our building, I managed to get a Secret Clearance.

With my secret clearance I was able to get my own mobile communications vehicle. It was a three-quarter ton truck, loaded with radios, transmitters, a teletype machine and other goodies. I had to brief the important officers about the coded messages I received. That kept me busy and away a lot of the time.

In the cold weather I had a warm (it had a heater inside) communication center in my vehicle. When we went to the field for training exercises I dished out hot coffee to my friends. My former sergeant could only look disgustedly at me.

No one could come close to my vehicle because it was off limits due to the secret communication equipment in it.

[I also used those transmitters to talk to my buddies over amateur radio frequencies in Chicago, Southern California, and around the world (don’t tell anyone) using the military equipment].

I was a gunner and a driver for a lightweight anti-tank gun that looked sort of like this.
The big long-barrel 7 1/2 ton guns, larger than in this picture, were also dropped out of airplanes.

So I didn’t make rank due to my former sergeant busting me. He probably was upset because I seemed to outsmart him in almost every way. No new allocations for promotion came the rest of the time I was in the service.

But I managed to have a lot of fun. I taught electronics to the guys in signal Platoon. I managed to get out the Army three months early to go back to college.

The GI Bill was Good for Me

Fortunately the GI Bill easily paid for my last two years of college. I also used my VA benefits to buy my first house with “no money down.”

Also I used if for VA benefits for the current house I live in. But I had to put $30,000 down because my house was too expensive for the VA to approve the loan unless I added that huge downpayment. That was a huge amount for me because during that time period I had short term contract jobs where I was off more than I was working.

I was in the 101st Airborne and I can tell you freedom is not free.

Later I also bought a townhome in Montclair CA with a new VA loan on it. I then sold it “no money down” to an investor. He shortly thereafter turned right around and resold it to another investor. I kept the mortgage (an assumable Trust Deed that I created) for 17 years and made a total of about $80,000 off that one deal.

It was a $5100 “no money down” deal I bought from a young college student. I didn’t follow the “rules (location, location, location)” but still made a bundle. You can read something about that deal here. 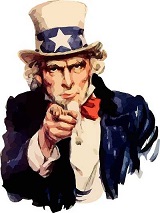 Thanks Uncle Sam for helping me out. Call me patriotic or not, I “borrowed” Uncle Sam’s portrait for one of my websites.

Read more about my 14 Unusual Things

14 Unusual Things (about me)