Some Egg Characteristics and Kinds of Eggs People Eat

Popular choices for egg consumption are chicken eggs, duck, quail, roe, and caviar. Chicken eggs, however, appear to have the most favored egg characteristics since they are the most often consumed eggs by humans.

Its by a huge margin too. Gull eggs are delicacies in England, as well as in some Scandinavian countries, particularly in Norway. 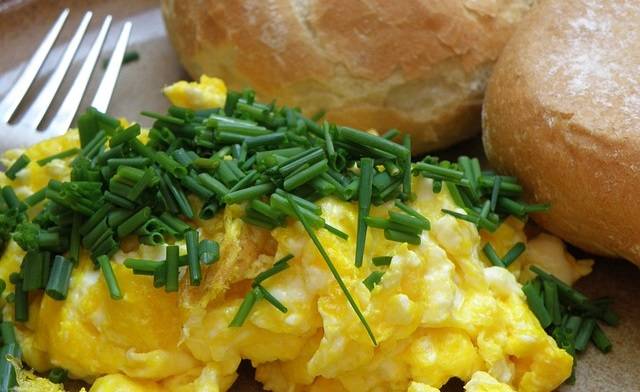 In some African countries, guineafowl eggs are commonly seen in marketplaces, especially in the spring of each year. People also eat pheasant and emu eggs, but they aren’t widely available. Sometimes they can be obtained from farmers, poulterers, or luxury grocery stores.

In many countries most wild birds’ eggs are protected by laws which prohibit collecting or selling them. Some laws permit these during specific time periods of the year.

Chicken Eggs are most popular

Sometimes duck and goose eggs, and smaller eggs, such as quail eggs, are occasionally used as a gourmet ingredient. Even the largest bird eggs, from ostriches are used.

Chickens and other egg-laying creatures are widely kept throughout the world, and mass production of chicken eggs is a worldwide industry. Demand and expectation show regional variations.

Current debates concerning methods of mass production are ongoing. The European Union has intentions of banning battery farming of chickens from 2012. 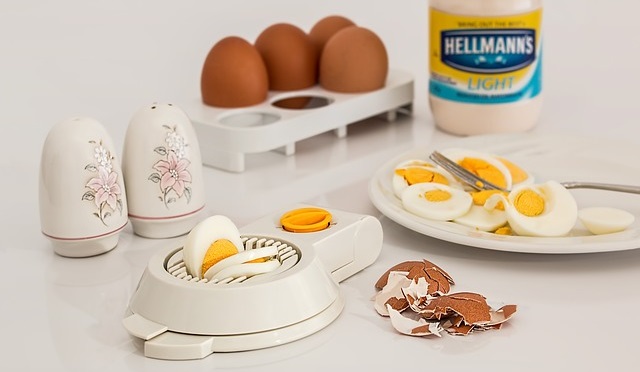 Eggs are a powerhouse of Nutrition

Eggs add protein to a person’s diet, as well as various other nutrients. Chicken eggs are the most commonly eaten eggs. Other egg characteristics; they supply all essential amino acids for humans.

They also provide several vitamins and minerals, including vitamin A, vitamin B2, and vitamin B9. Eggs also contain vitamin B6, vitamin B12, choline, iron, calcium, phosphorus and potassium.

Eggs are also a single-food source of protein. All of an egg’s vitamin A, D, and E reside in the egg yolk. The egg is one of the few foods to naturally contain vitamin D.

A large egg yolk contains approximately 60 Calories and contains more than two-thirds of the recommended daily intake of 300 mg of cholesterol (although one study indicates the human body may not absorb much cholesterol from eggs.) An egg white contains about 15 Calories. 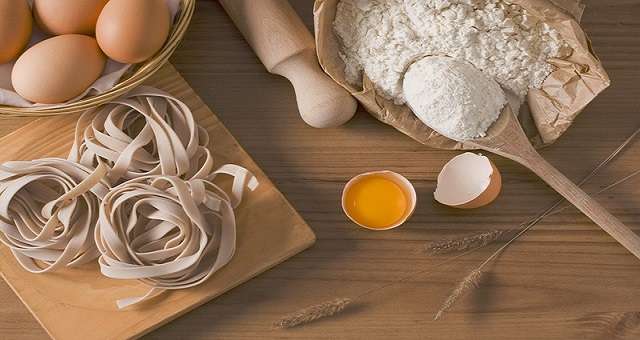 The yolk makes up about 1/3 of the liquid weight of the egg. The yolk contains all of the fat, slightly less than half of the protein, and most of the other nutrients.

It also contains all of the choline, and one yolk contains approximately half of the recommended daily intake. Choline is an important nutrient for development of the brain.

It is said to be important for pregnant and nursing women to ensure healthy fetal brain development.

The diet of the laying hens can greatly affect the nutritional quality of the eggs. For instance, chicken eggs that are especially high in omega 3 fatty acids are produced by feeding laying hens a diet containing polyunsaturated fats and kelp meal. 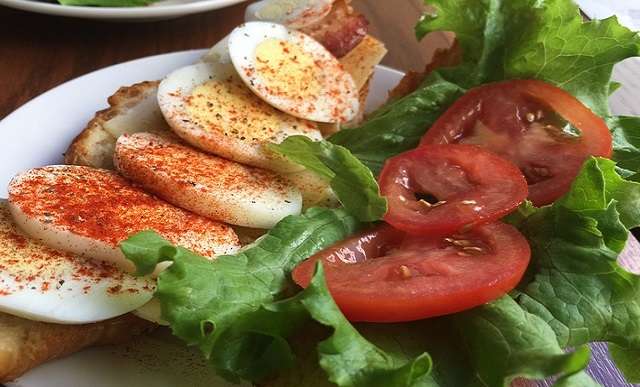 Pasture-raised free-range hens which forage largely for their own food. They also tend to produce eggs with higher nutritional quality having less cholesterol and fats.

All the while being several times higher in vitamins and omega 3 fatty acids than standard factory eggs. These egg characteristics are ones people pay a premium for. 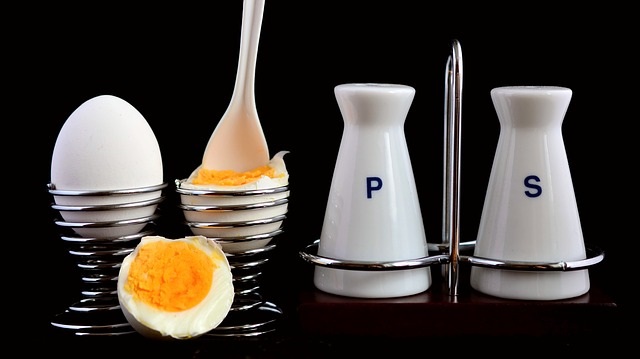 Over the years eggs have gotten a bad rap due to the cholesterol in them. I’ve seen times when eggs were good for you when I grew up, to watch out eating eggs, to a few eggs a week are OK, but don’t overdo it.

An expert, Francisco Lopez-Jimenez, M.D. of Mayo Clinic, answers this question about cholesterol: 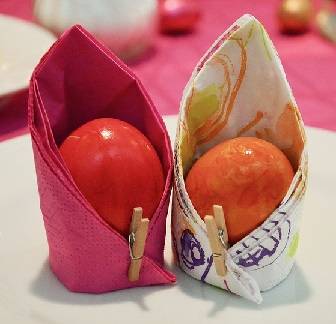 The risk of heart disease may be more closely tied to the foods that accompany the eggs in a traditional American breakfast. Plus there is sodium in the bacon, sausages and ham.

There is saturated fat or oils with trans fats used to fry the eggs and the hash browns. Most healthy people can eat up to seven eggs a week with no increase in their risk of heart disease.

Some studies have shown that this level of egg consumption may actually prevent some types of strokes.

But the story is different for people who have diabetes. In this ever-growing population, eating seven eggs a week significantly increases the risk of heart disease. 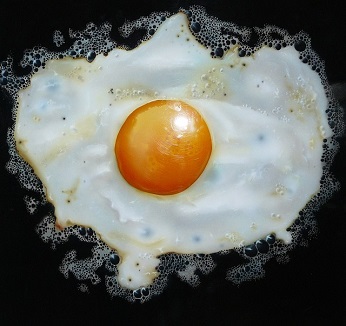 According to the U.S. Department of Agriculture, one large egg has about 186 mg milligrams (mg) of cholesterol — all of which is found in the yolk.

When deciding whether to include eggs in your diet, consider the recommended daily limits on cholesterol in your food:

If you like eggs but don’t want the extra cholesterol, use only the egg whites. Egg whites contain no cholesterol. You may also use cholesterol-free egg substitutes, which are made with egg whites.

Although eggs are a food item, eggs are sometimes thrown at houses, cars, or people. This act, known commonly as “egging” in the various English-speaking countries, is a minor form of vandalism and, therefore, usually a criminal offense. 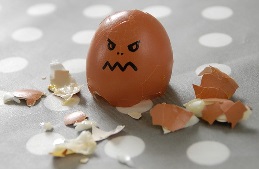 Egging is capable of damaging property (egg whites can degrade certain types of vehicle paint) as well as causing serious eye injury. On Halloween, for example, trick or treaters have been known to throw eggs at property or people from whom they received nothing.

Eggs are also often thrown in protests, as they are inexpensive and nonlethal, yet very messy when broken.

My New Corvette was egged!

My experience with egg throwing or being egged happened quite some time ago when I was in my 20s. I had a new 1969 Corvette with the split or “T” top roof. 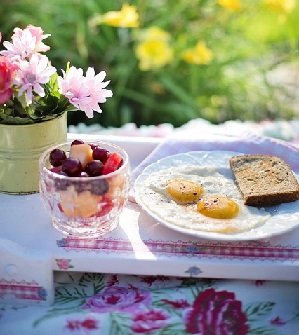 I almost always drove around with the two top segments off and the rear window out.

Usually I always thought twice where I parked my car because I didn’t want the birds</a> pooping on it.

So I never parked under trees if the top was off. Since it was an expensive, but popular sports car back in the day, it was a ripe target for thieves. I always took into consideration where I parked it.

There were very few sports cars in those days so my car was a sitting duck. The bright orange hood on a deep blue car made it even more so a target. 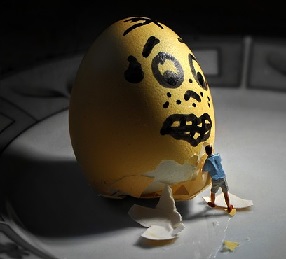 One day I went over a friend’s house and parked my car on the street, with the top off and rear window out. I didn’t think twice about it since it was in a nice area. I was gone only about an hour.

However, that was long enough for someone to throw a half dozen or so eggs at my car.

Unfortunately it happened to be a real hot sunny Southern California day. When I came back out I found a few fried eggs on my car floor mat and seat. 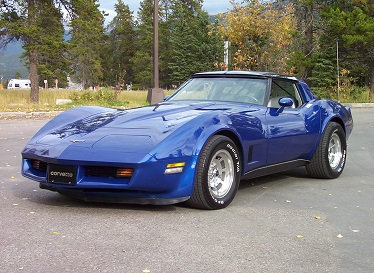 One came through the rear window opening and also messed up the seat.

A couple of eggs landed on the body of the car and had instantly dried as they started running down the side of the car. That mess took quite a bit of time to get off.

Had it stayed on much longer it probably would have ruined the paint on the car. So there’s a lesson for you. If you have a convertible or car with an open top be careful where you park it. 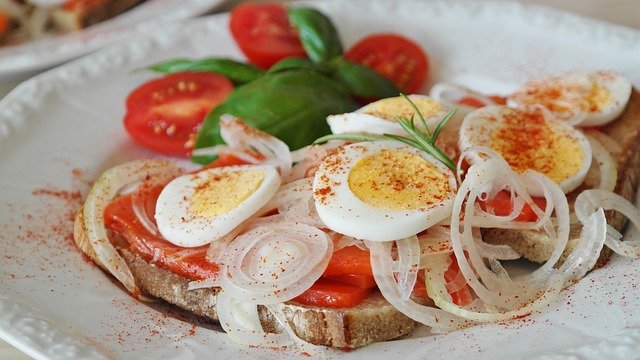 It’s an easy target for egging and its not a joking matter!

What about you? Has your house, car, or anything else been egged before? Add your comments below.