Bitcoin Misadventures and Mistakes You can Learn From or Avoid


Sometimes we learn from our mistakes. But lets hope it is not a mistake that can ruin our life. Something like buying a coin or many coins may seem so harmless. I’m talking about cryptocurrency here.

That’s even if they are digital coins. Let’s take a look at some of the bitcoin misadventures that have been publicized so far. But there’s more involved with digital currency and bitcoin specifically.

Although digital coins have been around since 2009 they are still a thing of mystery to most people. That’s probably more-so if the person is old and not abreast of new technology or what’s happening on the internet.

For example I help in my wife’s business. We take care of old people (most older than me) in our RCFE. The other day I asked the two ladies we take care of if they knew what cryptocurrency was. Their answer was no. Same for bitcoin. I’ve other younger adults the same question and the answer was usually “what is that?”

Once is a while someone I ask about cryptocurrency says they don’t know, but when I say bitcoins that starts them thinking. Their response is usually something like “Oh yeah, my friend Mary, invested $2000 (or some such amount) in bitcoins a year or two ago.” That type of response doesn’t happen too often, but it does happen.

You Can Avoid some of the Misadventures I Mention Below

Now that bitcoins and other cryptocurriencies are becoming news more often you might be more curious. Or maybe you are interested in owning some digital coins yourself. I can see your point. But first there are some considerations you need to think about. The main one, which I’ll mention here is secrecy.

You don’t want everyone knowing what you are doing when it comes to investing in bitcoins or any other digital currency. Since there has already been some serious problems, that’s putting it lightly, involving theft of cryptocurrencies it pays to be safe. As safe as practical. That might mean hiding your activities involving digital coins.

Using the dark web is probably the safest way to handle cryptocurrency transactions anonymously. That way no one knows what you are doing and your digital coin transactions cannot be easily traced. You will want this to help insure the safety of your coins.

Actually there is a lot to know about the dark web. It’s best to learn all about it and what to expect before you venture into it. VPNOverview has a great write-up on the dark web and using VPNs. I recommend you check out this valuable resource if you want to know more about the dark web or want extra protection to keep prying eyes away. Make sure you understand all the risks involved.

Don’t think using your browser’s privacy settings will protect you from prying eyes. For example using Firefox’s privacy setting doesn’t hide your IP address or location like you might think. It doesn’t. It shows both of these as you can see when you read the following article.

NEVER send cryptocurrency directly from your exchange account (where you buy the coins) to a market or anywhere on the dark web, also never send coins directly from anywhere on the dark net to your exchange. They are onto this right away as they can tell where the coins came from and they WILL shut you down and you will be recorded in a list for sure.

So safety is of prime concern when it comes to digital coin transactions. Don’t be “left out in the cold” because you didn’t take some simple steps to protect your digital currency investments.

There have been some real doozies and disastrous mistakes in the relatively short world of bitcoin. If you’ve ever lost or misplaced a password you can relate to these.

There is a common problem of bitcoin owners who have lost their private key. Unfortunately there is no second chance of recovering from this easy to do blunder. That is why it is recommended to write it down on paper.

Store a copy of it in several safe digital places. Of course, once someone has your keys, they can get your coin.

In 2017 it was estimated that 25% of all bitcoin mined has been lost. That’s a lot of money to have been lost! Sometimes it is a matter of a lost key. Once that happens it renders the bitcoins locked away, never to be recovered.

Some are like James Howells who threw out his computer. He forgot he had his only wallet on the computer. He had 7,500 bitcoins. Given a price of $8,000 per bitcoin at 2017 prices, this comes to a hefty $60 million USD.

James is not the only person who has done something like this. In those early days, bitcoin did not have the presence it has now. It was a passing fancy. People paid a few dollars for this new internet coin thing and didn’t think about again. It was just more thing cluttering uo an old hard drive.

What about Florida programmer Laszlo Hanyecz. Laszlo had made contributions to the bitcode code. On May 17, 2010, Laszlo posted on a website he would like to buy a couple of pizzas. He offered 10,000 bitcoins for them.

Several people commented and responded. But no one offered to make the trade. He sent a second message. Another user on the site said that he would be happy to make the deal.

May 22 is now Bitcoin Pizza Day. That’s the day that user, Jercos, delivered two Papa John’s pizzas to Laszlo in return for 10,000 bitcoins. It is also the first recorded bitcoin real-world transaction. It doesn’t have to be May 22nd but if you want to buy bitcoins nowadays here is a great place to buy bitcoins online.

The Silk Road Misadventure on the Dark Web 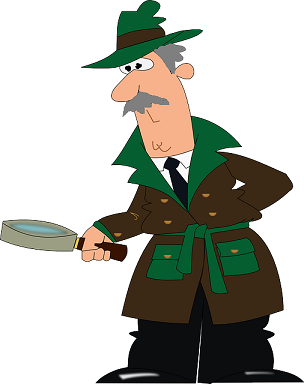 Part of the reason there has been criticism about the privacy and anonymity of bitcoin is due to the Silk Road misadventure. The Silk Road was a drug market on the darknet. The dark web or darknet is a shadow internet that can be accessed with dedicated software.

It’s anonymous and very secure. The FBI descended and closed down Silk Road. It had been operated for 2 years by then. That was in October 2013. It had sold in excess of $214 million worth of drugs and other illegal goods by then.

That sensational story linked bitcoin to drugs. It took some time for the dust to settle. The lesson from this is that, even with all the protection of the anonymity, the case was cracked.

Problems with Bitcoin Exchanges have Occurred

There have been problems with exchanges. An exchange located in Japan, Mt. Gox, was an early player in the bitcoin game. It began operations in July 2010.

Three years later, it was the top bitcoin exchange in the world. It had more than 70% of all bitcoin transactions passing through its doors.

Then disaster struck the exchange. Mt. Gox reported that 850,000 bitcoins had been stolen. The bitcoins belonged to the company and its customers. Bitcoins at that time were worth more than $450 million. In 2017, the value would be in the vicinity of $7 billion.

Wow! Wouldn’t it be nice if we could consult a psychic to let us know about such things before they happen?

Mt. Gox closed down around February 2014. No more trading, no more exchange service. They closed their website and filed for bankruptcy protection. There has been suspicion that the currency may have been mismanaged or that fraud had taken place.